In the event of a fire, your home and everything in it can be destroyed in an instant. Fire can happen at any time, and your family’s safety is always at risk. If a fire breaks out while you or a loved one is away from home, you may not have time to retrieve important documents. The best way to protect yourself against the loss of your belongings or family heirlooms is to get a fire insurance Pasadena TX policy. We know what coverage is important, and we can help you save money while still being able to recover from any damage done by fire.

Fire insurance is sold separately, but it is already included in conventional home insurance, business insurance, and car insurance. As a priority, stand-alone fire policies protect against fire and lightning damage. Fire coverage, on the other hand, is included in many policies because it is one of the most common and costly risks to insurance customers of all types. In fact, fire is the original risk against which various types of insurance, including homeowners insurance, were created. An insurance agency agent can help you examine your fire policy. 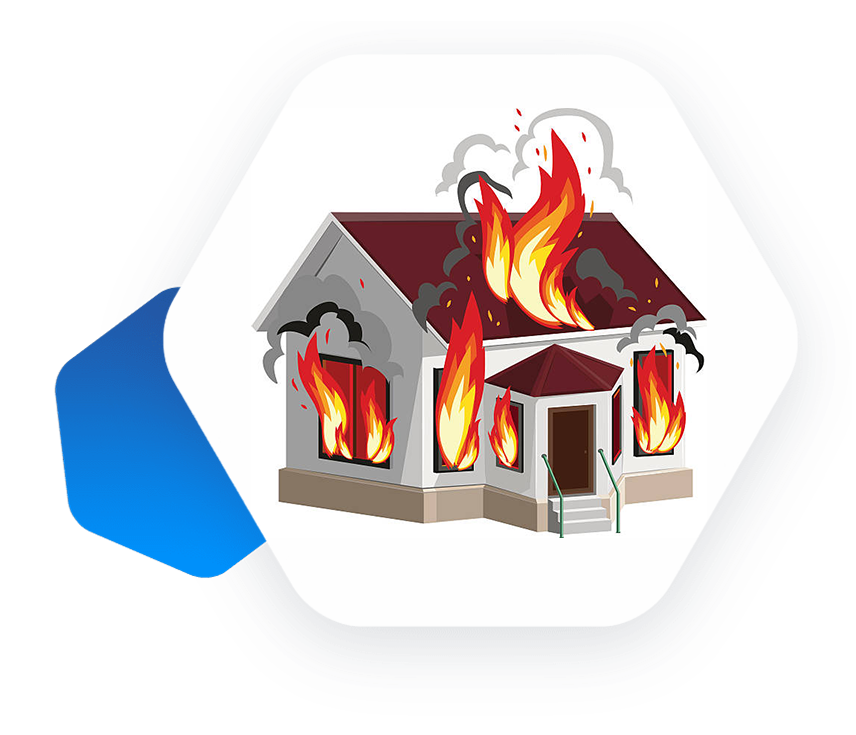 If your house catches fire, or even if it doesn’t, you’re going to want to know what to do next. If there is a fire, our best agents will walk you through the procedures required to protect your family. We know how to get you the most appropriate insurance and how to get you every penny you are owed. If you are looking for fire insurance in the Pasadena area, our agents are an excellent option.

If your house catches fire, or even if it doesn’t, you’re going to want to know what to do next. If there is a fire, our best agents will walk you through the procedures required to protect your family. We know how to get you the most appropriate insurance and how to get you every penny you are owed. If you are looking for fire insurance in the Pasadena area, our agents are an excellent option.

What makes us different?

We’ll make sure you understand your policy, that all of your concerns are answered, and that you’re completely happy with your protection. If you have insurance questions, please contact us. As always, we hope to hear from you soon.

Unexpected fires are quite damaging. As a result, fire insurance is crucial for covering the costs of cleanup. However, it is not simple to choose the correct form of insurance. There are numerous insurance plans on the market, which can make the selection process difficult. Well, we come to your rescue when such a situation arises. We help you select the best fire insurance Pasadena policy that can protect your home and belongings. We are an expert in offering comprehensive coverage against all kinds of losses due to fire, smoke, or explosion.

We understand that purchasing a new policy can be confusing and stressful, but we are here to help you through this process. We make every effort to give you all of the information you require about the various types of policies and assist you in choosing one that fits your needs perfectly. Our goal is to provide our customers with exceptional customer service from start to finish—providing valuable advice and guidance throughout the process. We are an independent agency and represent leading insurers to offer you an array of coverage that can meet all your needs.

If your property catches fire, you must file a claim with your insurer to have damages covered. Take photographs of all damage to support your insurance claim. A claims adjuster will visit your residence to assess the damage. Check their identification upon arrival, as identity theft does occur. Ensure that they see everything on your property by walking with them through it. If you have photographs of the property prior to the damage, it can be useful to provide them. Examine the estimate when it is provided to you by your insurer. Compare it to the terms of your policy to ensure that it matches what you paid for. For further assistance, our agents can help you make sure your fire insurance Pasadena TX claim is valid and that it is being processed properly.

Your Fire Insurance Coverage in Pasadena

Fire insurance protects you from the risk of fire damage to your home, business, and other structures. It also covers other risks, including smoke damage, explosions, faulty electrical wiring, and lightning strikes. When a fire destroys your house or place of business, your insurance will cover the cost of making the necessary repairs or getting a new building built up to the policy’s maximum. In addition to paying for maintenance and replacement, your policy will also, your policy may also help pay for temporary living expenses and loss of use coverage if you cannot live in your home due to a covered loss caused by fire or smoke damage.

An important feature of your fire insurance policy is the coverage limit. This is the maximum amount that will be paid toward your claim after all applicable deductibles have been subtracted from the loss. When selecting a fire insurance policy, you should make sure that your coverage limit is high enough to cover all potential damages in case of a fire and other covered losses. If you have a particularly valuable home or other property, you should consider increasing your coverage limit. You should also think about getting an extra rider that increases your coverage limit by as much as 10 percent in case of losses caused by specific types of fires, such as those involving cooking equipment or vehicles parked on the premises.

If you’re unsure what coverage you need, we can help you evaluate your risks and decide how much coverage is right for you.

If you’re looking for the best fire insurance quote in Pasadena, Pelican Insurance Agency is the place to go. We’re local, and we know the community. We also understand that a fire can be devastating—and costly. Our team of experts will help you find the right plan for your needs and get the best deal. We want to supply you with all the relevant details to make an informed decision about your fire insurance policy—and we’ll do it quickly. Contact us today for a free fire insurance Pasadena TX quote.

How should a loss be handled in the event of a fire?

In case of fire, notify the local fire department, which will assist you in putting it out. If another person’s property is lost as a result of the fire or in an attempt to put it out, the insurer must compensate for it. You can ask for assistance in filing a claim.

What if my house is habitable but in need of repairs?

In the event of a house fire, insurers will prioritize total losses, which may cause a delay in processing your claim. Make the necessary repairs for your comfort and safety, and keep all receipts to ensure reimbursement later.

In most cases, fire insurance is included in a normal home insurance policy together with contents insurance coverage (this is the norm). The coverage normally pays to repair, replace, or reconstruct your home if it is damaged by fire (as well as to replace damaged or lost belongings, according to the extent of your policy).

How are claims settled in fire insurance?

An insurance surveyor will be appointed to estimate the actual loss or damage at the scene of the incident. The claim will be estimated on the basis of the surveyor’s report. Contribute to the investigation in order to be fully paid.

Located in Harris County, Pasadena is one of the largest cities in Texas in the United States. It is located west of Houston, between the Houston Ship Channel and the Clear Lake area. Everyone remembers John Travolta in “Urban Cowboy,” but many are unaware that it was set and filmed right here in Pasadena. Gilley’s, the bar depicted in the film, was the largest enclosed bar in the world at the time. Unfortunately, the pub was destroyed in a fire, but the original sign still stands, and the people still know all the lines of the movie. Pasadena is known as “Pasa-gets-down-dena.” It’s become such a popular appellation that it’s been used in the title of two country songs.