Houston Homeowners insurance is a type of property protection that covers misfortunes and harms to a person’s home and to resources in the home. Home insurance additionally provides liability coverage against mishaps in the home or on the property.

We recognize that you require a policy that is personalized to your specific needs, which is why we provide a wide range of coverage alternatives. We know how nerve-wracking it may be to buy or renew insurance, so we leave nothing to chance. To ensure your comfort, we do all in our power to ensure that you have a thorough understanding of all of your options before settling on a course of action. If you need home insurance Houston coverage, we’ll work with you to find the best policy at the best price.

Are you ready to get covered? Allow us to do the heavy lifting. Apply online to get connected to our licensed expert to buy your policy. Here are the steps you’ll take: 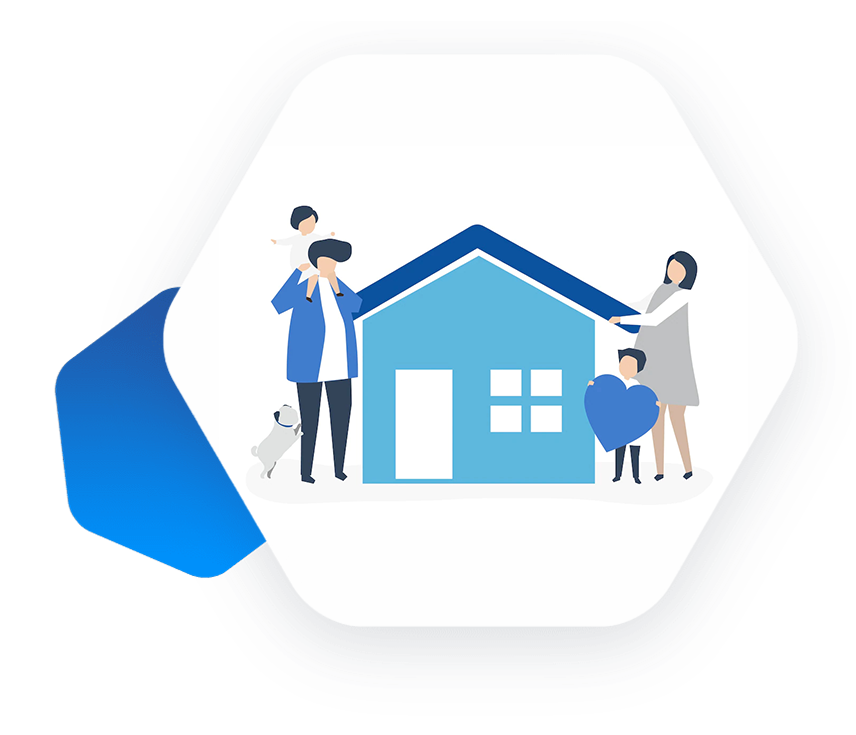 Gather information about you and your home.

This includes anything from the year your property was built to any recent upgrades, as well as the sort of roof and exterior walls you have.

Nail down your coverage limits.

You should ensure that your policy limits are sufficient to cover a full rebuild of your home and that the deductible fits within your budget. Not sure how much protection you require? When you apply, we will make a recommendation.

Most insurance providers will give you a discount if you combine your house and auto coverage. We assist customers in saving money on their house and vehicle insurance coverage when compared to their previous policy.

Get free quotes through Pelican Insurance.

To find the most appropriate protection at the most reasonable cost, one of our consultants will help you evaluate plans from several providers and calculate potential savings.

You’ve finally there! Once you’ve checked all the boxes, you’ll sign on the dotted line, pay your first premium, and relax knowing that you and your belongings are protected. Oh, and did I mention the best part? We will handle all of your paperwork for free!

Don’t worry if you’re unsure about any of these steps! Our advisor will walk you through each one to assist you in determining the appropriate coverage limits, add-ons, and savings for your specific needs.

Homeowners may find the protection they need and the peace of mind they deserve with the policies offered by the Pelican Insurance Agency. Whether in the city or suburbs, whether you rent or own, we have all of your options right here.

We understand that each homeowner has unique demands, which is why we’re here to assist you in shopping for home insurance Houston policies that are versatile enough to satisfy everyone, from first-time homeowners searching for simple protection to experienced homeowners with sophisticated needs. If you give us a call, we’ll sit down with you and figure out how to meet your needs without breaking the bank. If you have insurance questions, call us, our team of professionals is here to help. Through our partnerships, we are able to shop around for the best possible rate on homeowners insurance on your behalf.

Houston homeowners insurance should be affordable, given the state’s high risk of extreme weather and natural catastrophes. In Houston, the average cost of homeowners insurance is $3,700 a year, or $310 per month. While this is more than the national average of $1,800 per year, Texas homeowners have various affordable house insurance options and numerous ways to save on coverage.

Our team will constantly attempt to find you the best coverage at the best price. Our organization ensures all consumers have access to comprehensive insurance, which is why we offer competitive quotes on a wide range of protection options. If you need help with home insurance, our team of experts is ready to assist you right away.

Pelican Insurance Agency is a Houston-based home insurance broker that specializes in helping people find the right policies to protect their homes. We’re not an insurance company—we’re brokers, so we don’t sell insurance directly to customers. Instead, we work with dozens of different companies so you can get the best deal on the type of coverage that’s right for you.

We can meet all of your home insurance needs in one place. We’ve been offering high-quality services in the Houston area for many years and are still going strong. We offer reasonable rates without sacrificing quality. In fact, even if their home value has increased, the majority of our customers wind up paying less for their insurance than they were before they came to us! This is due to the fact that we use modern technology and data analysis tools to assist us in uncovering ways to cut your premiums while maintaining your coverage.

We’ll truly take time to get to know you and your family so that we can provide you with the best home insurance Houston coverage for your needs at an affordable price. Call us now!

Are there different home insurance requirements by state?

In no state is homeowners insurance required by law. However, before you can close on a property, most lenders will want confirmation of home insurance.

Which insurance company is best for homeowners?

Homeowner’s insurance isn’t one-size-fits-all. You should look for a business that offers policies in your state and compare quotes to discover the one that provides the coverage you require at the lowest possible cost. Look for companies that provide discounts, such as money off for combining your home and auto insurance policies.

How can I lower my home insurance in Houston, Texas?

You can reduce your Houston home insurance by taking advantage of discounts provided by your home insurance company. Depending on what your provider offers, this could mean bundling your home and auto policies for premium discounts or enrolling in a retiree discount if you’re over 55. Please speak with a representative if you need help.

Why do some insurance companies charge higher rates to customers with a pool?

Swimming pools are considered a liability risk by insurance companies, and clients are frequently charged higher home insurance premiums as a result. If someone gets hurt on a homeowner’s property and sues, the homeowner’s assets should be safeguarded by liability insurance.

A vast metropolitan area in Texas, Houston reaches Galveston Bay. It’s connected to the Space Center Houston, NASA’s astronaut training and flight control complex’s coastal tourist center. The Theater District, which houses the famed Houston Grand Opera, and the Historic District, which features 19th-century architecture and upmarket eateries, are both located in the city’s relatively compact Downtown. Houston is predicted to become the third most populated city in the United States by the second part of the 2020s. Greater Houston is the nation’s most ethnically diversified metropolitan area. Over ninety different countries are represented by consular offices here, and locals can communicate in at least 145 different tongues. Houston, the country’s fourth largest metropolis, combines southern charm, world-class culture, and international appeal. This varied city is home to a number of strong businesses, spectacular space exploration institutions, fantastic museums, musical centers, and, of course, award-winning cuisine.