Auto insurance is designed to protect you from financial loss in case of an accident. It can help pay for the cost of repairing your car, replacing it if it’s totaled, and covering medical bills for injuries sustained by someone else in an accident that was your fault. Getting the appropriate kind of car insurance and the right level of coverage is crucial. If someone else strikes your car or causes an accident while driving it, and you don’t have enough insurance, you might be responsible for thousands of dollars in medical expenses and damages. Find the most affordable auto insurance Friendswood policy by comparing quotes from multiple companies with our help.

We are delighted to be the Pearland fire insurance broker you can rely on. We distinguish ourselves from other insurance providers by providing a personal touch. We understand the significance of developing relationships with our clients and take that obligation seriously. Our team is committed to understanding your needs and assisting you in finding the correct coverage for your family or business.

Here’s how we do it: First, we carefully review your insurance needs and goals. Then, we work with top-rated insurance companies to find the best possible coverage for your situation—and only offer plans that are right for you at competitive rates. We work hard to understand your unique needs, goals, and budget—and we’ll find the right policy for you. Finally, we evaluate what’s available in order to find you the best deal possible on your policy.

Our objective is simple: to provide peace of mind by assisting our clients in protecting what is most important in their lives and businesses—and we will go to any length to achieve that goal! 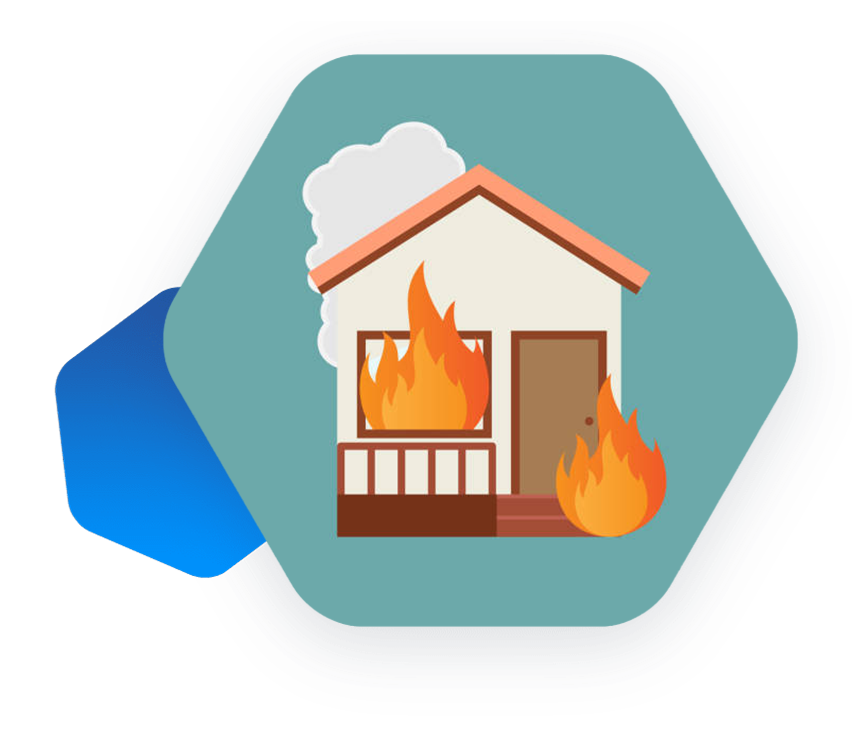 Pearland is a beautiful city, but it’s not immune to the dangers of fire. That’s why it’s important to have fire insurance in Pearland, TX. It can help you rebuild after a fire destroys your home or business, or even just pay for repairs if your building is damaged by smoke or water damage. It can also help cover your belongings, which are often the most valuable things in a home.

If you don’t have insurance, you could be forced to pay for the damage out of your own pocket. And if you’re not financially prepared to do so, it may result in financial difficulty in addition to dealing with the aftermath of a fire. In addition to protecting your home, fire insurance can also help protect your business. It can cover the cost of repairs if there’s a fire or other disaster that damages your building, as well as pay for new equipment and inventory after one of these events. If you don’t have coverage, you could be forced to close down temporarily while you rebuild or replace lost items.

Fire insurance can also give you peace of mind when you leave the house unattended for long periods at a time. If there’s a fire while you’re away, your policy will cover the cost of repairs and may even provide funds to pay for temporary housing until you can return. This way, you won’t have to worry about the loss of property or other damages caused by a fire.

We can help you discover the correct fire insurance coverage at the right price if you’re looking for a local insurance agent. The fact that we have prevented so many buildings from being destroyed by fire and other catastrophes is a source of great satisfaction for our company. We offer free quotes to help you determine how much fire insurance Pearland TX coverage you need, and we can help you find the best company to provide that insurance.

We don’t just sell you the policy that pays out the most money—we work with you to find the best coverage from leading insurance companies so you can be sure you’re covered for all kinds of situations. Whether it’s a major fire or a tiny mistake, we’re here to help you get back on your feet. This is the level of care and attention we provide to our clients. We want to make sure you have all of the information you need to make an informed decision about your coverage, so we work with you on a personal level to ensure that your fire insurance needs are met.

If you’re shopping for the best insurance company in Pearland, TX, you want to make sure that they’re a good fit for your needs. This might be the first time you’ve had to buy insurance, and it can be daunting. It’s good news that there are many service providers who can suit your needs in this area.

When deciding on an insurer, it’s vital that you look for the following features:

The best way to find out if a company meets these criteria is to talk with our agent. We are able to answer all of your questions and make sure that you’re comfortable before purchasing any policies. We have access to top fire insurance companies that can provide you with the protection that you need. We also offer no-cost price estimates on your insurance so that you know what you’re paying before we make any changes. We have the best fire suppression systems on the market, so if you’re worried about a fire, don’t hesitate to contact us.

Get Your Free Quote Now!

At Pelican Insurance Agency, we’re here to help you find the right coverage for your home, car, and belongings. For your fire insurance Pearland TX needs, we provide a number of insurance solutions. Specialists on our staff are knowledgeable in every facet of fire insurance. We’ll help you choose the best policy for your needs and budget so you can protect your loved ones. We can work together to develop a strategy that meets both your needs and your budget. Please know that we are dedicated to exceeding your expectations and value your business. Call now or get a no-cost estimate when you go online to learn more.

When are fire claims denied?

House fire insurance claims might be denied for several reasons. Typically, any fire that is found to have been intentionally started by the homeowner or a member of the household will be refused. Furthermore, if the insurance company determines that the fire damage was avoidable, the business may refuse to pay your claim, whether or not the fire was intentionally set.

What should I do if my home is in danger?

Prioritize personal safety over anything else. In other words, if there is any risk, get out immediately. However, if there is no immediate threat and you have a video camera, go through the house and capture what you have. Making a video record should only take a few minutes, and it could save you months of wrangling with your insurance company.

How should I handle an insurance adjuster following a house fire?

After a fire, make sure to picture or video all of your destroyed goods. After a calamity, file your insurance claim as soon as possible. Have your home evaluated so that an expert can assess the amount of the damage and provide a cost estimate for repairs. If you undertake your own repairs, retain all receipts and other crucial documentation to hand over to your insurance provider for possible compensation.

Are wildfires covered by home insurance?

Pearland is located in northern Brazoria County, south of Houston. Some of the city stretches north into Harris County, while others extend west into Fort Bend County. When a post office was founded in 1893, the settlement was first known as Mark Belt. In November of the same year, the name was changed to Pearland due to the number of pear trees in the hamlet. Pearland’s history is represented by a few historic sites, such as the importance of Old Settler’s Cemetery and the Gulf, Colorado, and Sante Fe Railroad Depot. The city has a one-of-a-kind treasure in the form of the Sri Meenakshi Temple, the only temple devoted to the Goddess Meenakshi outside of India’s borders. The Pearland Pear-Scape Trail is a must-see for art enthusiasts of all ages.