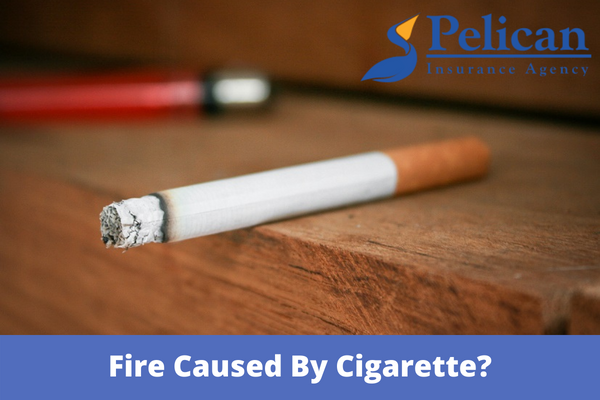 How Does Smoking Work?

In essence, a cigarette fire nearly always results from extreme carelessness. This could be your final “fag” before going to sleep or a hastily extinguished ember that later burns “blazing” and does significant damage.

Most smokers need to realize how long embers can burn because cigarettes are made of unique incendiary materials that, in the worst-case scenario, can burn for up to 15 minutes without being dragged further. However, incense is typically left unattended for a long time, so cigarette ash can quickly become a severe fire risk.

How Long May Smoke Cause Fire Harm?

The fact that a carelessly dropped “fag” might quickly spark a fire in the house is no longer breaking news. But did you know that a cigarette can start a fire even in a pot with potting soil? Because a substantial portion of it contains peat, primarily exploited for its favorable fire characteristics. Few smokers are aware that this egregious mistake is frequently one of the leading causes of fire (see also: Most typical causes of fire in the home). Usually, cigarettes smoke in the peat for several hours before, given the correct environmental factors, igniting into a full-fledged fire.

Many property owners are unaware that smoking is considered risky and can increase their premiums for both dwelling and personal property coverage. Have you ever heard the expression “where there’s smoke, there’s fire”? Insurance companies take it seriously because the risk of a house fire is much higher among smokers.

While most people understand that smoking harms your health, the true cost is much higher. Fire claims cost millions of dollars each year. A house fire can be difficult for insurance companies and homeowners, both financially and emotionally. Reduce the risk of starting a fire and lower your homeowner’s insurance rate by extinguishing the cigarette.

If you are a homeowner, you may be wondering if your insurance policy covers cigarette fires. Assuming the fire was accidental, most insurance policies would pay for damages caused by smoking materials. However, your policy likely excludes damage from fires that were intentionally set.

Despite the popularity of smoking dwindling in recent decades, many smokers are still around. Have your policy checked for a “negligence clause” if you enjoy using cigarettes—that way, if something goes wrong and an emergency arises that prevents bankruptcy, it’ll be covered. Pelican Insurance Agency wants to protect you from all the dangers of life, and we want to be there with you when you need us most. If you’re a smoker, make sure your policy covers accidental and intentional fires. Contact us now!